On the Road Again…

The Concert Band and Soldiers’ Chorus’ three-week summer tour took us through parts of the Midwest, one of the highlights being concerts alongside the Detroit Symphony Orchestra for their annual “Salute to America” during the Fourth. But we began our tour in beautiful and historic Chautauqua, NY, a lake-side resort community that is home to the Chautauqua Institution. The Field Band has performed at the Chautauqua Amphitheater 36 times since 1973, often performing the opening concert of the season as we did this summer. 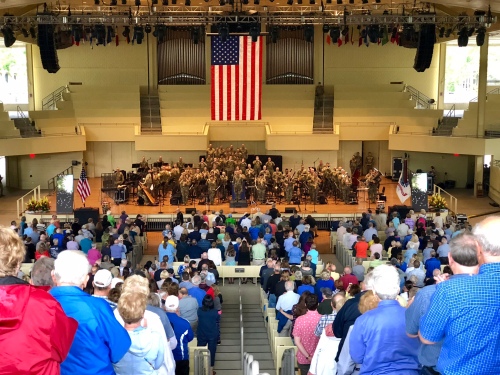 The Band and Chorus at the newly-renovated Chautauqua Amphitheater.

Of course before the concert we had to have lunch, and the Chautauqua Firefighters have a tradition of selling BBQ chicken at the start of the concert season. 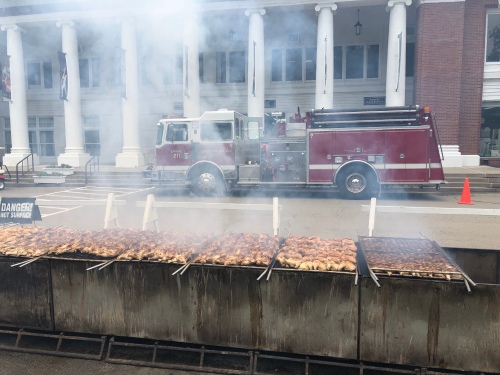 The Band performed for a large, appreciative audience – many of whom said it was the best program they could remember the Band performing. The Colonel had decided to do The Army Story for this concert; it ended up being the right move.

One of the cool things about our job is performing at all kinds of venues and Summer tour was no exception. 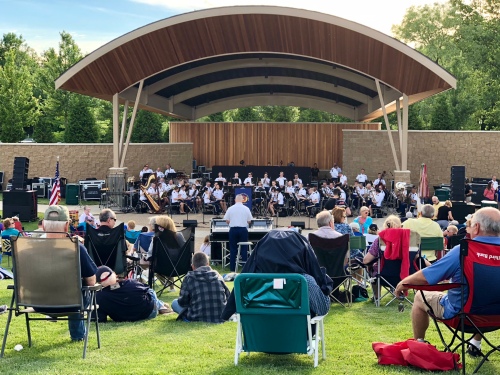 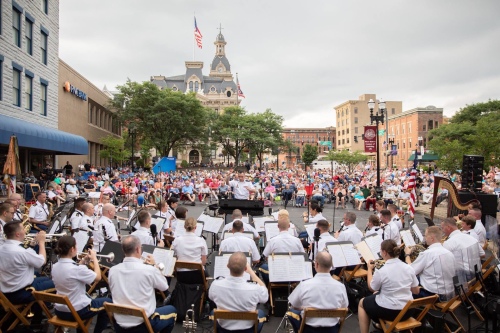 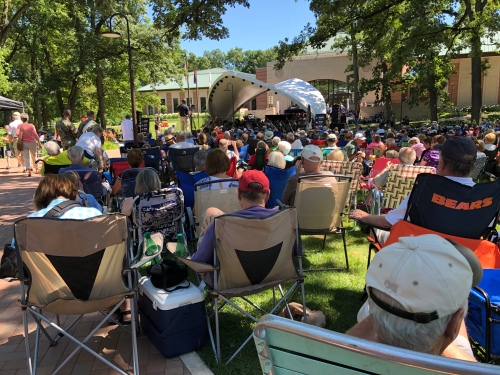 Another tradition (along with beginning Summer tour in Chautauqua) is performing for the students at the large Music for All camp in Muncie, Indiana at Ball State University. Now, I’ve done concerts for large and appreciative audiences before, but the student audience at Music for All were on a different level. They treated the Band like rock stars. It was pretty cool.

As I said earlier, the Band and Chorus performed four Salute to America concerts with the Detroit Symphony in Dearborn, MI at Greenfield Village on the grounds of The Henry Ford Museum. The concerts were well-attended, with audiences ranging from 13-18,000 people. 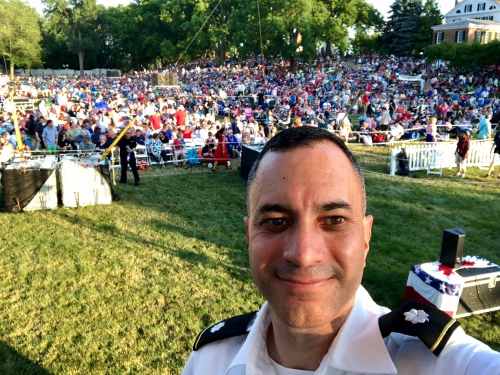 The concerts were true collaborative efforts, with the Band and Orchestra trading back and forth throughout the programs, applauding for each other as each performed. The evenings ended with the Orchestra and members of the Band performing 1812 Overture and then Stars and Stripes together as fireworks shot into the sky. Very impressive.

Equally impressive is Greenfield Village and The Henry Ford Museum of American Innovation. Greenfield Village features almost one hundred historic buildings that were either moved to the property for preservation or re-created for future generations to learn about America’s rich past. The actual museum is like a mini Smithsonian, but the centerpiece is the massive collection of historic vehicles. If you want a detailed look at one of the great museums in the country, check out my wife’s blog posts; but here’s a little taste: 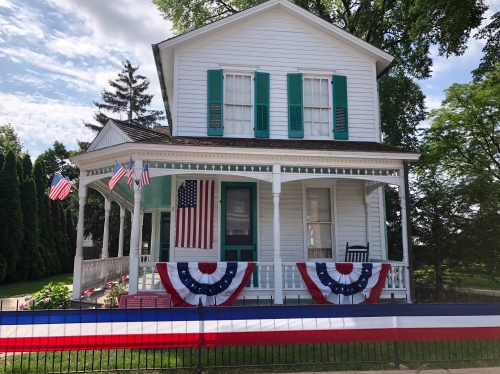 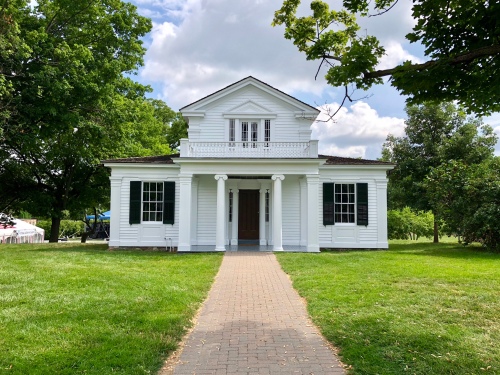 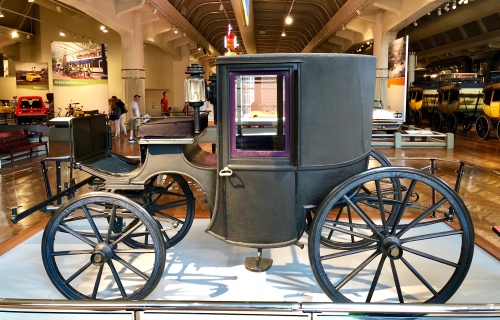 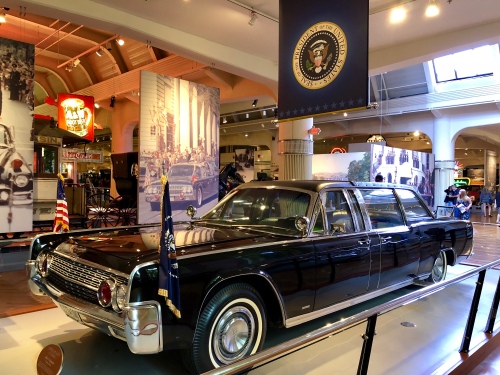 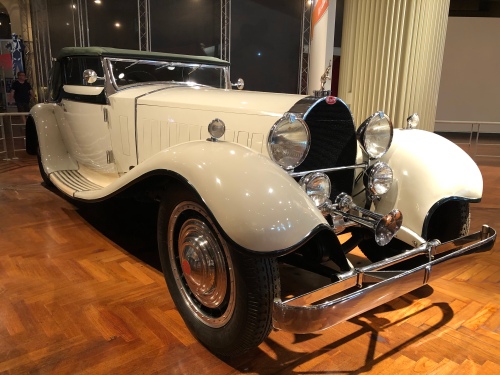 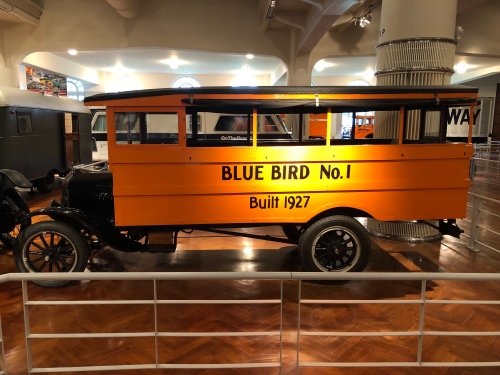 Of course we had to have lunch at the newly opened Ford’s Garage, which is just down the road from the museum. 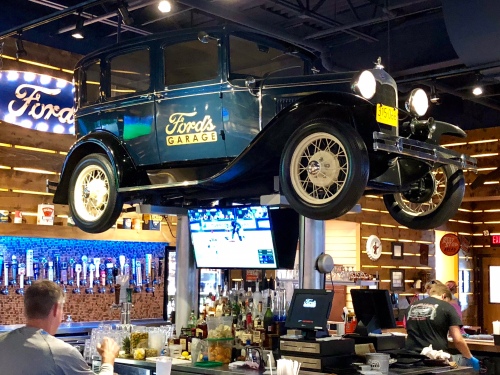 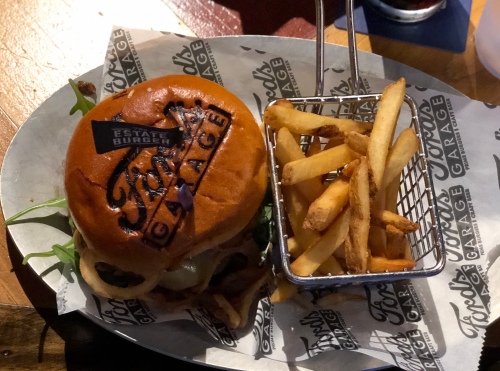 With all of the concerts with Detroit Symphony in the evening, we were able to check out a special exhibit at the Detroit Institute for the Arts – Star Wars and the Power of Costume – an exhibit featuring original costumes and concept art from the movies. Again, my wife wrote extensively about this, but here are a few shots: 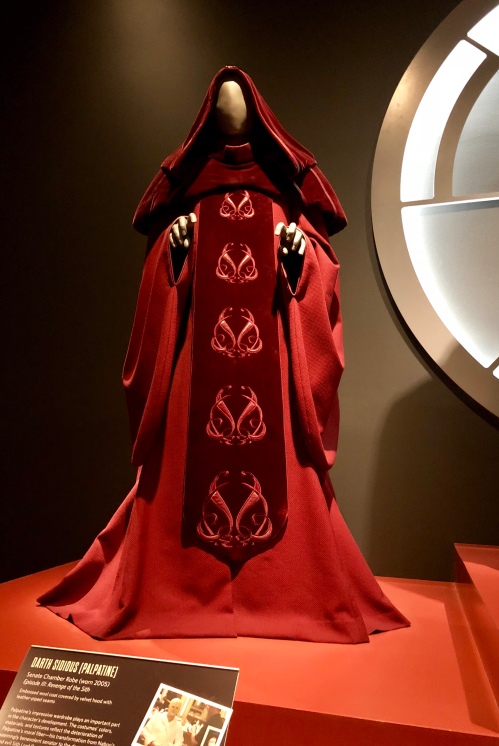 The Emperor from Episode III 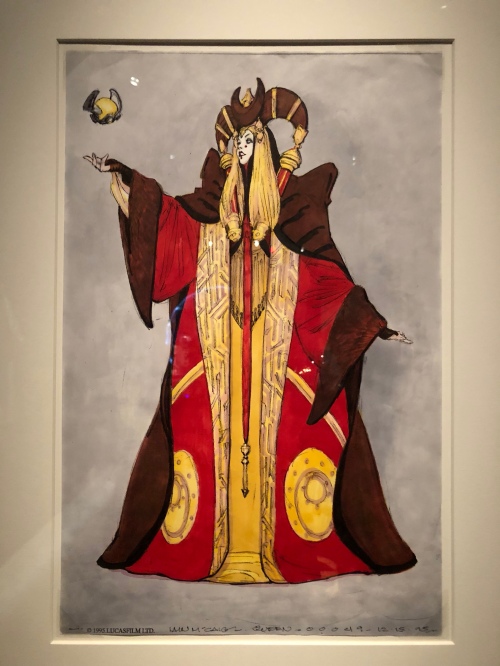 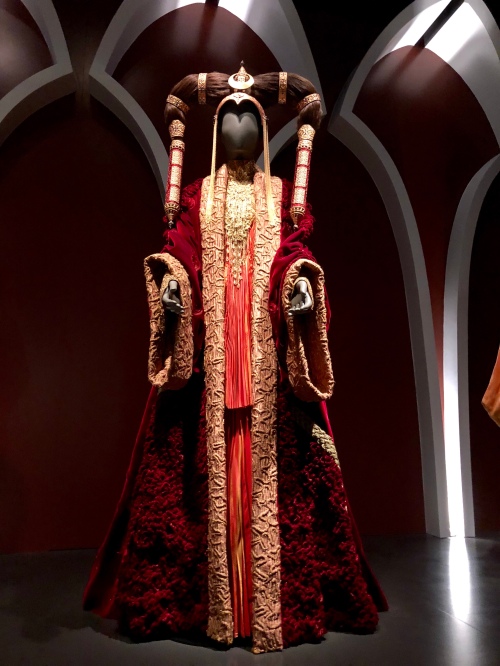 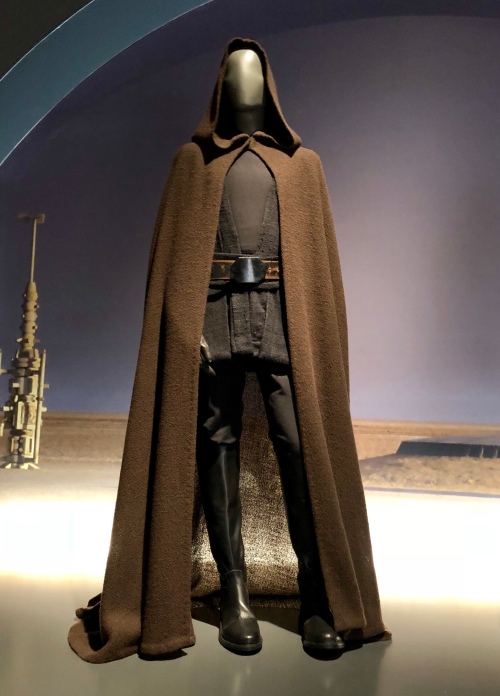 Luke from Return of the Jedi. 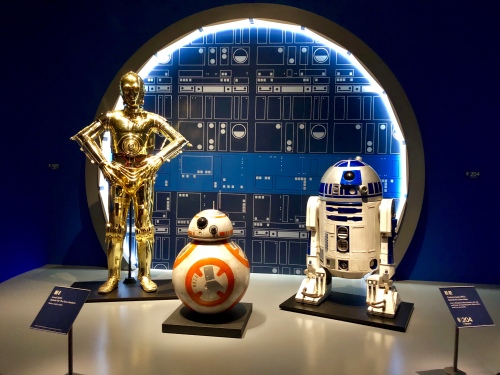 Overall, it was a wonderful tour with great venues and opportunities to experience different facets of the American experience. With planning ramping up for Fall Tour and our recording session at Skywalker Sound, there’s little time for rest.

One response to “On the Road Again…”