It’s been a long, long time since I last published a post on this blog. I could say I had a good reason, but the truth is I let my busy work schedule be an excuse to do other things…like watch “Blacklist” and “Agents of Shield.” The truth is that I think deep down I felt like I had said all I wanted to say about my time at the Army School of Music – I was there for five years after all – and was hoping that a return to the “operational” domain (i.e., serving at a band) would inspire me to write again…almost true. I did feel inspired to write again, but I also felt a little overwhelmed with moving to a foreign country and the new job, so I again made excuses. No more. For the five of you who have been hoping I would return to this space, the wait is over.

You may be wondering what I’ve been up to since the last time I posted here. Not much…

I went on an epic post-deployment vacation with my wife to Boston and then Banff, aiming for the opposite climate from my deployment.

I went through a second accreditation at the School of Music (because going through the first one three years earlier wasn’t enough).

We moved out of the condo we had been renting for five years and immediately went on an even more epic vacation in the Mediterranean, which included a cruise with stops in Greece, Turkey, and Italy.

Of course, being in Turkey, I enjoyed the incredible coffee:

We saw the Parthenon, which was undergoing a restoration at the time (hence the large crane in the background). 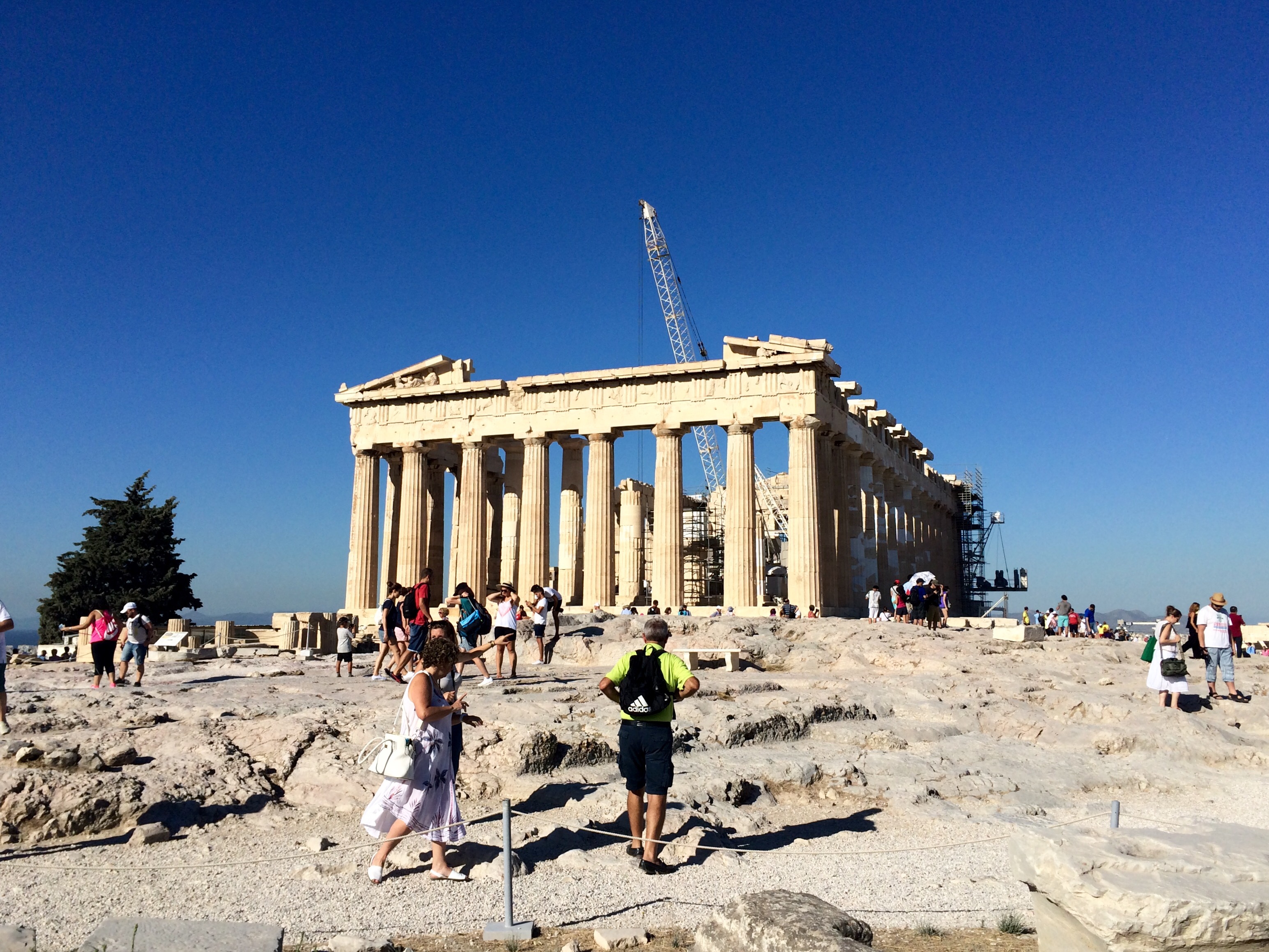 While seeing and experiencing Athens hit a major bucket list item, driving along the Amalfi Coast was an experience we will also never forget. There were several opportunities to take pictures along the way, but the highlight of the day was lunch at a small family-owned restaurant where they cook what is fresh and the wine is their own. Ridiculous.

A shot of the Almalfi Coast

Restaurant along the Coast

I could post fifty photos of all the great food we ate between the cruise and Italy, but in a nutshell, it was legend…dary. As was seeing the Coliseum.

Not to mention visiting Pompeii with the most enthusiastic tour guide; going to the Vatican and seeing Michaelangelo’s masterpiece at the Sistine Chapel; walking seemingly every square inch of the great city of Rome; and ending our vacation with a food tour in one of Rome’s “foodie” neighborhoods.

With that, I leave you with one of the many fountains of Rome…

…and a gratuitous picture of gelato from our food tour.

One response to “Episode VI: The Return of the Blogger (Part 1)”