From time to time, social media or an occasional article on military bands gives people an opportunity to voice their support or displeasure with the money spent on military music assets. This is often followed by a wave of comments both for and against. I’m biased, but I also speak from first-hand knowledge and experience. Seventeen years worth of experience. Does the Department of Defense wisely spend every dime of the American taxpayer’s money? I’m going to go out on a limb here and say…no.

Like every other government / large bureaucratic enterprise, it’s inefficient. The question isn’t whether there’s waste; the question is: Which parts are wasteful? Are military bands wasteful? What function do they serve and are they worth the money? I can make all kinds of arguments and even create memes to bolster them, which I have. But I’d rather spend my energy writing a series of posts that just tell stories of how Army Music can affect someone’s life or add the right effect (see what I did there) to some event or occasion. Having been an active participant and seeing what military bands do that nothing else can, I know what I think of their value.

Probably my favorite type of ceremony that I’ve done is the wreath-laying ceremony at the Tomb of the Unknowns in Arlington National Cemetery. There are two types of wreath-laying ceremonies – one in which a bugler plays taps after someone lays a wreath – for instance, on more than one occasion, students from the Army School of Music placed a wreath at the Tomb while visiting DC; and then there are ones when a dignitary lays a wreath like a visiting foreign counterpart to one of the U.S. generals, or a visiting head of state. 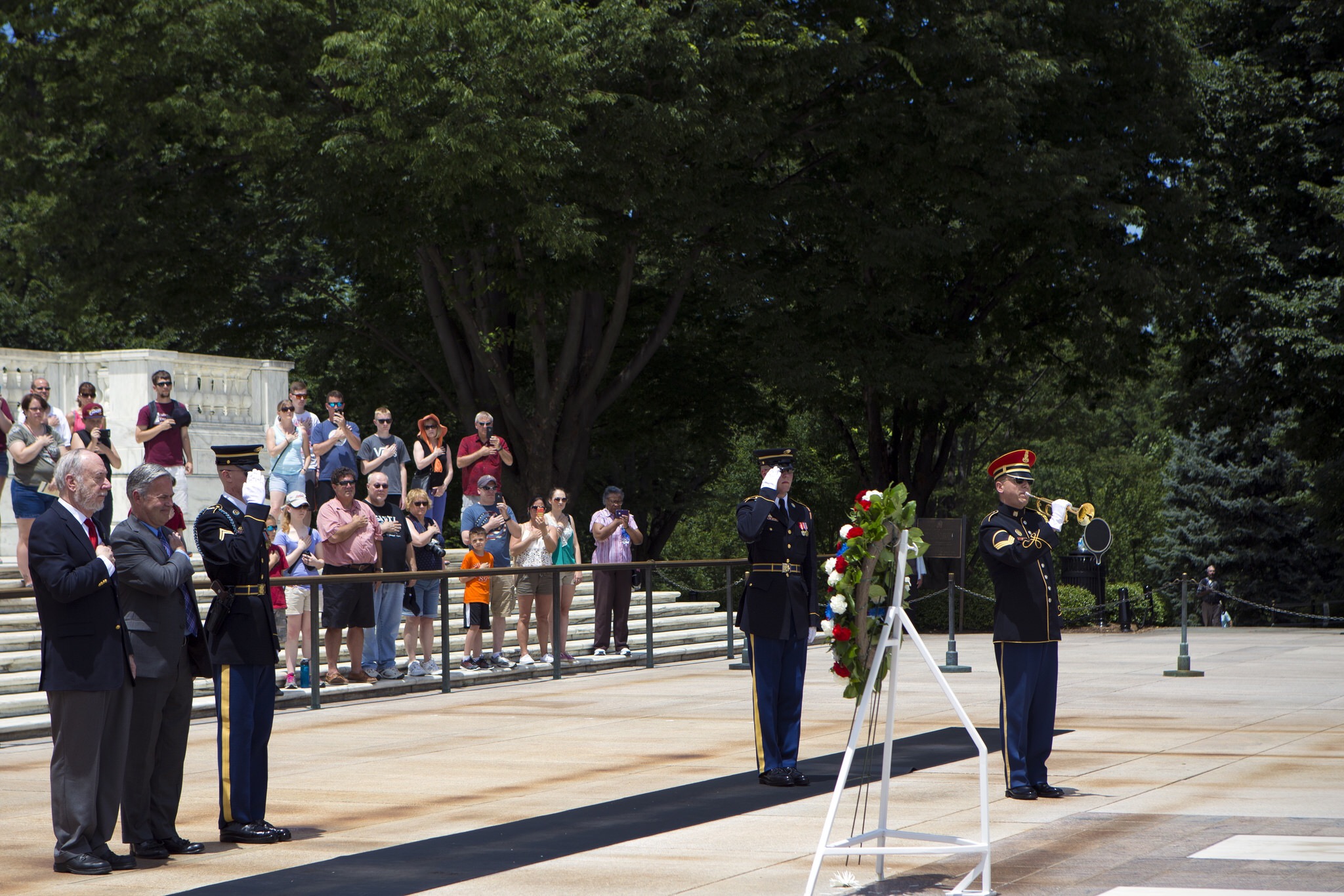 Simple wreath ceremony with a bugler

When a foreign dignitary places a wreath at the Tomb, the ceremony begins with a gun salute as their motorcade enters Arlington National Cemetery. Soldiers from The 3rd U.S. Infantry Regiment “The Old Guard” form; a full band plays the national anthems of the visiting dignitary and the United States; the dignitary places the wreath; and then a bugler (now accompanied by muffled drums) plays taps. 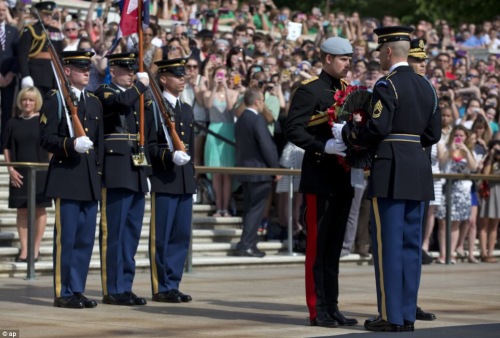 Here’s a video link for the above ceremony with Prince Harry. It’s a simple, dignified ceremony that allows people to pay their respect to what the Tomb represents – all Service Members who gave their lives in the defense of their country but are still unaccounted for; it is a symbol of our commitment to never rest and never forget. Now imagine this ceremony without the bugler, drummer, and band. I’m thinking not as dignified, meaningful, or impressive.