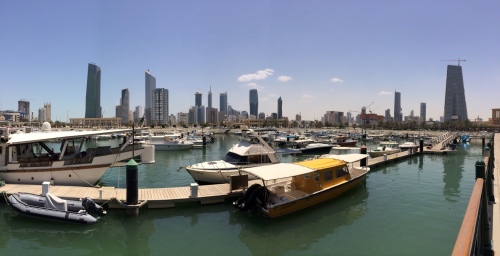 Well, I’ve been in Kuwait for a little over two months now, and I have certainly settled into a bit of a routine. To help break up that routine, I’ve been able to get off base a couple of times. On one excursion, a small group of us went to brunch and did a little shopping. When we got out of the car by the water, I was immediately struck by the familiar scent of the ocean, which of course reminded me of Virginia Beach. Above is a shot I took of the Kuwait City skyline with the pier in the foreground. There were a lot of beautiful boats docked at the pier and out in the water. There was also this beauty. 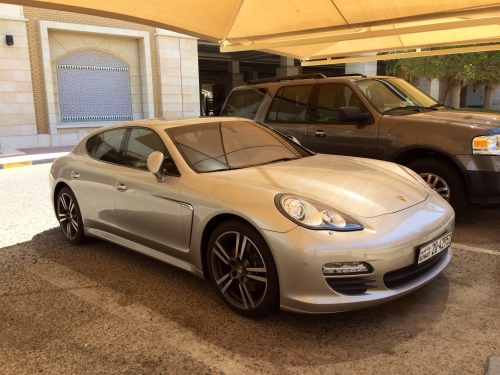 Brunch at a restaurant called Bredz was excellent. I had a variation on Eggs Benedict that included a portobello mushroom. Here’s a look at the menu: 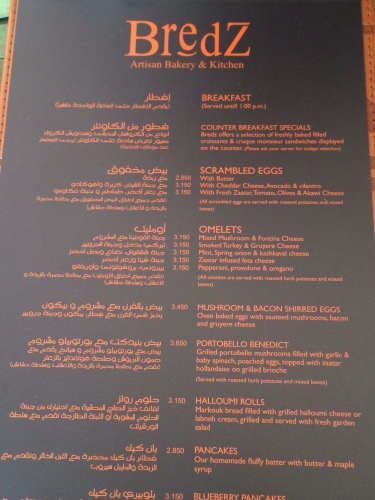 While walking around town, I came across this restaurant sign: 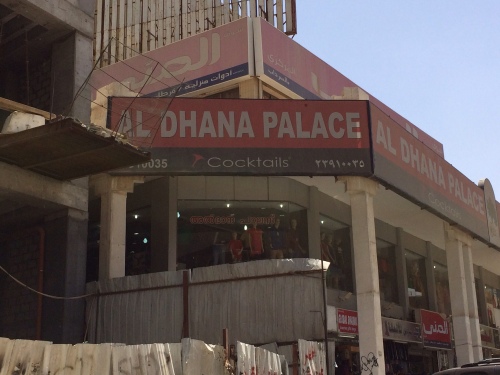 If you look under the name, it advertises that it serves cocktails, which of course is impossible because it is illegal to serve, buy, or consume alcohol in Kuwait. I was tempted to go in and order a martini. In the end, however, I decided against that course of action.
I’ll write shortly about my first trip out of the country, which was very productive and interesting – a four-day trip to Qatar.

One response to “Sands of Kuwait”