This past week, the Advanced Individual Training (AIT) class graduated from the Army School of Music. Army graduation ceremonies have a tradition of being…Mundane? Boring? Not so with our AIT graduation. There is a moment during the event where the students shake hands with the Commandant and Command Sergeant Major, receive their diploma, and walk across the stage; but that is almost secondary, perhaps is secondary to the music performed by the newest Soldiers of the Army Music Program.

After 10 weeks of training, these young Soldiers (with the mentorship of our amazing instructors) put on a concert in front of their friends, family, and the public. It’s a moving moment when the Soldiers receive their diploma, recite the Soldier’s Creed, then proceed to put on an entertaining concert featuring the ensembles they worked in all class – from chamber ensembles to pop groups to concert band.

What made this particular graduation concert’s performance even more impressive was how well the students performed with the added pressure to perform because of the VIP visitors we were honored to have in attendance; the most notable of which was Sergeant Major of the Army Raymond Chandler, the senior enlisted Soldier of the Army. The SMA arrived from Washington, DC in time to do a Q+A with the school staff and a separate one with the students. He then participated in the graduation ceremony, which included giving the keynote address. 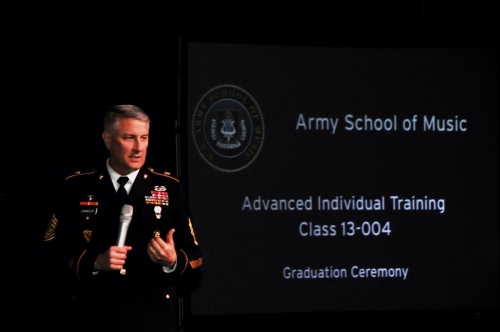 After the ceremonial portion, the SMA stayed to listen to the remainder of the concert, and by all accounts was blown away by the students’ performance. To add to the fun, our new Commanding General, Brigadier General Paul Chamberlain, was also in attendance.

Here he is getting a bass lesson earlier in the day from one of our instructors. 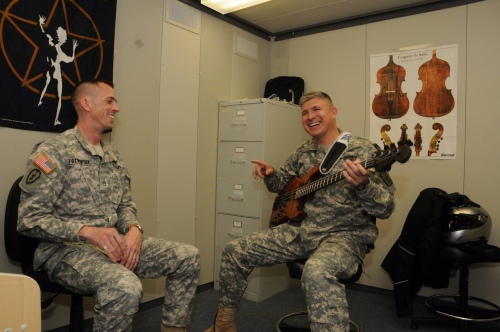 And later that night prior to the graduation concert speaking with the Commandant. 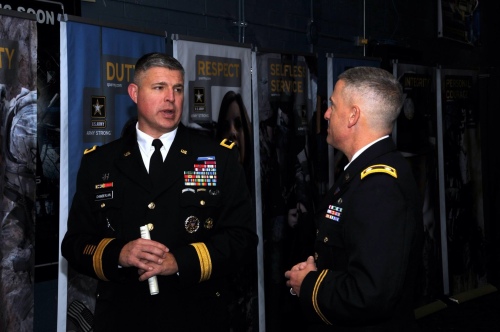 I am very proud of the staff and students that made the event such a success. Seeing those young Soldiers pour their hearts out on the stage is uplifting and invigorating…and makes me can’t wait to get back out to work with the amazing Army Musicians in our program.